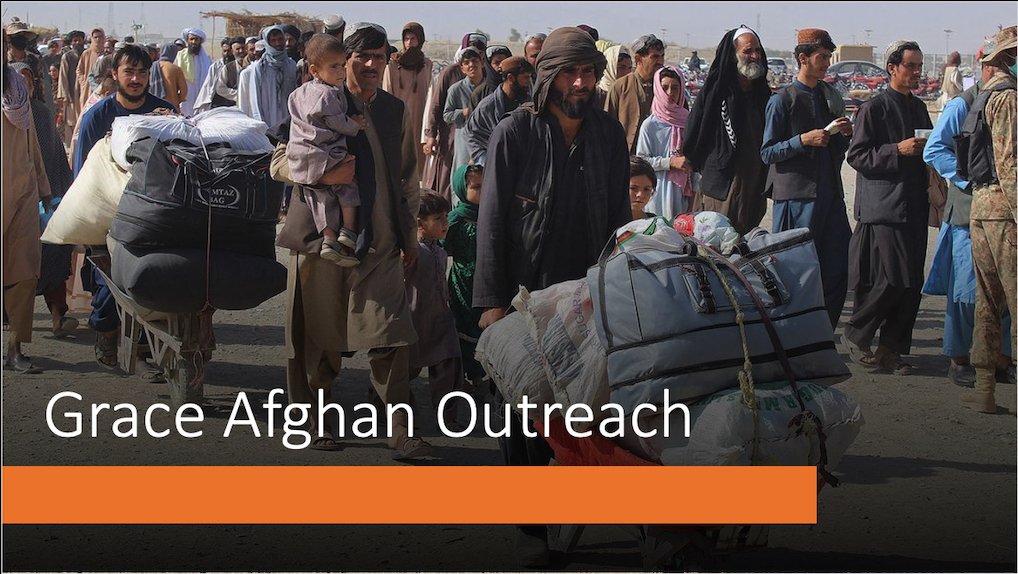 During the takeover of Afghanistan by the Taliban and the withdrawal of American troops, 75,000 Afghans fled to the United States. Most of those who fled did so after serving American troops and Western governments.

Of the roughly 75,000 Afghans brought to the U.S., more than 62,000 have already moved off U.S. military bases into communities around the country. Many of them are still in temporary housing and struggling with our culture and language.

Christians comprise just 0.02% of the 40 million total population. This is a God-given opportunity to share our care and faith with people who have been relatively untouched by the Gospel.

Psalm 96:3  Declare his glory among the nations, his marvelous works among all the peoples!

What can we do?